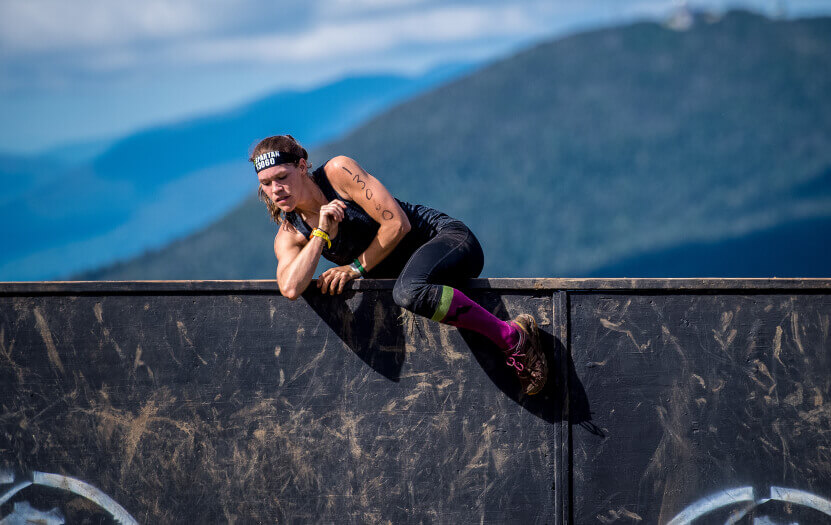 How to Mentally Prepare for your Next Race

Even elite athletes feel doubt creeping in during big moments … and sometimes not-so-big moments. How do they push the negativity out of their minds and get themselves back on track for optimal performance? We asked some combat sport participants their go-to moves.

How to Mentally Prepare for Competition

“The wisest thing you can do is to be present in the present.” — Maya Angelou

We’re not aware of Maya Angelou’s involvement in combat sports, but her wisdom is certainly utilized, including by two-time wrestling World Championship medalist Nick Gwiazdowski.

“I think it’s all about being able to slow things down and put your mind back to where it needs to be at that moment,” he said. “Instead of thinking about what already happened or thinking about what might happen, I need to get myself back to the current state. I focus on listening to my breath; feeling my senses at that moment. What I’m smelling, what I’m hearing, what I’m seeing — not what I’m thinking.

“I feel the sweat running down my back, my toes tingling, my fingers feeling cold. When I do that and I just feel, I get a better connection to the moment, instead of what went on 10 minutes ago or 10 minutes from now. I get back to the present; right where I am.”

2. Focus on What You Can Control

Clint Wattenberg, Director of Nutrition at the UFC Performance Institute, said he has let stress get the best of him in some of his biggest situations he faced as a competitor, and he has feelings of regret to this day.

“Focusing on your skills and what you can implement is the name of the game,” he said. “Focusing on the what ifs, what your competitors might do, what your limitations are — that’s how you lose sight of the moment.

“You best manage your emotions and accomplish what you can, your personal best, by focusing on the controllable. The focus needs to be, ‘What can I do right now?’ My effort, my attitude, my strategies. Not the officials or the crowd or really anything else. Nothing else is helpful.”

3. Find Your Mantra and Repeat It

Kellen Russell, a two-time NCAA champion wrestler at the University of Michigan, used self-talk on his way to a 71-1 record in his final two seasons with the Wolverines.

“I was always a big mantra guy,” Russell said. “Before matches, when my mind started wandering, I would say to myself, ‘relentless attack’ as many times as I needed to. Actually before a match, during a match, whatever. I would repeat ‘relentless attack.’

“That kind of self-talk helped me. Sometimes, before a big match, I would just stare at my opponent and tell myself, ‘He doesn’t want to wrestle me. He’s much more nervous than I am.’ Hyping myself up in my own head, saying these things, and repeating my mantra all kept me focused and took away my nerves.”

Al Iaquinta, a top Ultimate Fighting Championship (UFC) lightweight, said he knows he’s ready to fight when he can’t stop visualizing his upcoming clash.
“I know I’m focused when I’m not sitting myself down and trying to think about my fight," he said. “it just takes over my mind. I’m visualizing everything, from the walk out to being announced to the fight starting. I see the fight go every different way, and I see myself win flawlessly, how I celebrate, what I say on the mic in the interview.

“I see hard-fought battles, the adversity I overcome, how I look and feel exhausted but am excited for the win. I feel the canvas under my feet, I feel myself shirtless, I hear the arena crowd. Being out there is the loneliest place you can be and you gotta make it feel like home. The more I’ve visualized in the past, the better I’ve done. I know I’m right when my mind just can’t stop processing the fight.”

After graduating from Michigan, Russell competed internationally with the Cliff Keen Wrestling Club. One of the coaches there, Andy Hrovat, used to say, “You have to find a routine that works and practice it, tweak it, and perfect it.”

Russell believes that incorporating this strategy was key to eliminating nerves under the bright lights.

“Routines are essential,” he said. “I would warm up the same every day, with the same number of reps in certain positions. I made sure my routine would work in any circumstance. All that was needed was a mat and my wrestling shoes. That way, if I was traveling internationally and didn’t have a piece of equipment, it wouldn’t throw me off.”

In his new role as an assistant coach at Cornell University, Russell said the development of routines begins in the practice room with an emphasis on match day, which takes place every Friday.

“On Fridays, all the guys warm up the way they would for a real match,” he said. “They go through each step with full effort, so when it’s time for a tournament or a dual, they know exactly what to do and exactly how their body feels. Their body knows the next step is competing, and when you’re going through routines you’re not thinking about nerves.”